The latest articulated mobile chemotherapy trailer to come out of Torton's factory, has hit the headlines across the UK.

A first for Yorkshire, the mobile chemotherapy unit has launched in a bid to provide treatment to people battling with cancer closer to home.

The new facility, which is one of the first in the country, has been commissioned by the York Against Cancer (YAC) charity and will serve York Teaching Hospitals NHS Foundation Trust patients.

York Against Cancer charity chose Torton from the high recommendation they received from The Christie Charity, who had a very similar trailer built just a few years ago. After the Manchester based charity proved it has been such a success for them, YAC were able to see first hand the workmanship and design, Torton consistently achieve.

To see the trailer in action on the launch day see the ITV news coverage here.

The trailer itself is self leveling and has two self supporting pods to either side, providing around 70 sqm of floor space. With a built in generator which when working under full load can hardly be heard, the trailer is self sufficient and can be deployed almost anywhere.

Check out more images under the Clinic section of our website or get in touch to discuss your requirements. 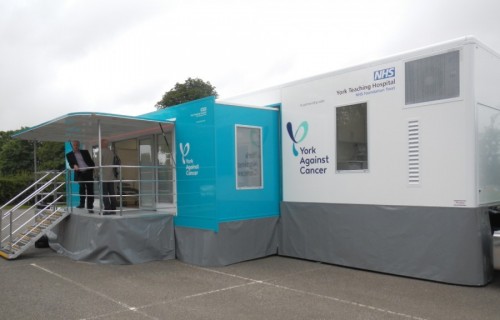 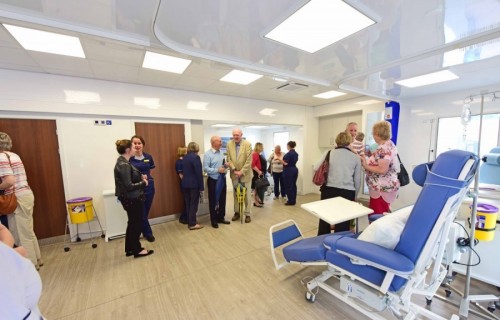